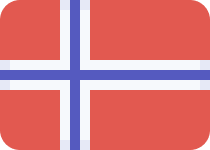 Anderson is a Baby Boy Name

Find out the meaning behind the name Anderson.

The name Anderson is a boy's name of Scandinavian origin meaning "son of Anders". Anderson shot up quite a bit on the popular names list in the 2000's, no doubt in large part due to the prominence of white-haired cable newsman Anderson Cooper. Perhaps surprisingly though, Anderson was even higher on the list in 1880. Actress Edie Falco named her son Anderson in 2005. Though there haven't been many first-named Anderson namesakes, there have been countless notables bearing the surname, including Hans Christian, Marian, Maxwell, Sherwood, Gillian, Laurie, and Pamela.

Celebrity with the name Anderson

What Moms are Saying about the Baby Name Anderson