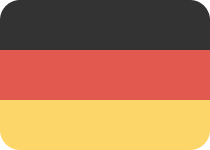 Emerson is a Baby Girl Name

Find out the meaning behind the name Emerson.

The name Emerson is a girl's name of German origin meaning "son of Emery". The combination of Emily and Emma's popularity -- and the fact that Desperate Housewives star Teri Hatcher's daughter is named Emerson -- have put this formerly strictly boys’ name, embodying the gravitas of Ralph Waldo Emerson, in the limelight for girls. Shonda Rhimes, creator/producer/writer/director of Grey's Anatomy, has a daughter named Emerson Pearl. Emerson is now one of the most popular unisex names starting with E.

Celebrity with the name Emerson

What Moms are Saying about the Baby Name Emerson