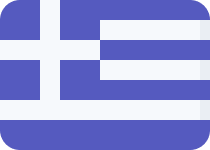 Evangeline is a Baby Girl Name

Find out the meaning behind the name Evangeline.

The name Evangeline is a girl's name of Greek origin meaning "bearer of good news". Evangeline is a romantic old name enjoying a major comeback, thanks to its religious overtones, Eva's popularity, and the hot star of the TV megahit Lost, Evangeline Lilly. Evangelica and Evangelina—two variants of Evangeline—are sure to tag along for the ride. Evangeline was introduced to the English-speaking world by Longfellow in his hugely popular eponymous narrative poem, and can also be found in Uncle Tom's Cabin (it was Little Eva's full name), as well as two novels by Evelyn Waugh. More recently, there were Evangelines in the films Nanny McPhee and DIsney's The Princess and the Frog.

Celebrity with the name Evangeline

What Moms are Saying about the Baby Name Evangeline