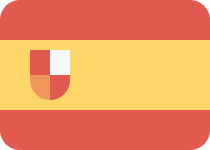 Guadalupe is a Baby Girl Name

Find out the meaning behind the name Guadalupe.

The name Guadalupe is a girl's name of Spanish origin meaning "river of black stones". Popular Spanish name that relates to the patron saint of Mexico. It could conceivably, like Soledad and Consuelo, cross the border into multicultural territory, but the name's decline since the nineties would seem to make that less likely. Guadalupe, literally "valley of the wolves in Spanish," relates to Our Lady of Guadalupe, revered in Latino culture as a protector of the Mexican people.

Celebrity with the name Guadalupe

What Moms are Saying about the Baby Name Guadalupe