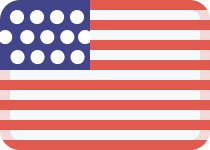 Jacoby is a Baby Boy Name

Find out the meaning behind the name Jacoby.

The name Jacoby is a boy's name of Hebrew origin meaning "supplanter". Jacoby, a surname spin on Jacob shot up the charts in the middle of the 2000's, thanks largely to the popularity of Jacoby Ellsbury, the first Native American of Navajo descent in the Major Leagues, but has been dropping steadily since it peaked at Number 423 in 2008.

Celebrity with the name Jacoby

What Moms are Saying about the Baby Name Jacoby