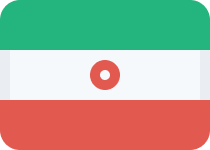 Jasmine is a Baby Girl Name

Find out the meaning behind the name Jasmine.

Now a favorite flower name everywhere from South America to Eastern Europe, Jasmine—also a plant known for its aromatic blossoms—first emerged, as a name, centuries ago in Persia. Its boom in the US began in the early 1990s, following the release of Disney’s Aladdin. Spelling variations for this name abound and include Jazmyn, Jasmin, and Yasmin, and Jazz is easily derived as a cute, spunky nickname.

Celebrity with the name Jasmine

What Moms are Saying about the Baby Name Jasmine