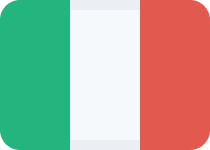 Lucia is a Baby Girl Name

Find out the meaning behind the name Lucia.

The name Lucia is a girl's name of Spanish, Italian origin meaning "light". A lovely name, Lucia is the Latinate spelling of Lucy with operatic connections. Lucia is a girls' name that traditionally was given to babies born as daylight was breaking. A variety of references include Santa Lucia, a fourth century martyr who was revered in the Middle Ages and the Caribbean island named for her, and the tragic opera Lucia di Lammermoor by Gaetano Donizetti. Lucia has for several years ranked as the Number 1 name in Spain. It was chosen for their daughters by James Joyce, Mira Sorvino, Giovanni Ribisi, Mel Gibson, and Sasha Alexander and Eduardo Pointi, among others.

Celebrity with the name Lucia

What Moms are Saying about the Baby Name Lucia