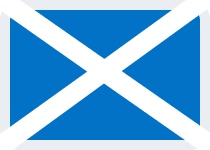 Paisley is a Baby Girl Name

Find out the meaning behind the name Paisley.

The name Paisley is a girl's name of Scottish origin meaning "church, cemetery". For a name related to a Scottish town, a richly patterned Indian fabric, and a country singer named Brad, Paisley has been a remarkable success story. She entered the Top 1000 in 2006, and broke into the Top 50 for the first time in 2015, and is now one of the most popular girl names that start with P. Athlete Jennie Finch named her daughter Paisley Faye, sister to big brothers Ace and Diesel. There is a character named Paisley in Secret Language of Girls. Trivia tidbit: Actor Gerard Butler was born in Paisley, Scotland.

Celebrity with the name Paisley

What Moms are Saying about the Baby Name Paisley