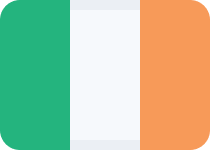 Teagan is a Baby Girl Name

Find out the meaning behind the name Teagan.

The name Teagan is a girl's name of Irish origin meaning "little poet or fair". As Meghan/Megan and Reagan/Regan show signs of wilting, along comes Teagan to take up the slack: definitely one to consider. The vast majority of American babies named Teagan are now girls. A variant spelling is Teaghan. St. Tegan was a Welsh saint, whose name came into general use in the late twentieth century, partly inspired by a character in Doctor Who Tegan may have different roots and a different meaning from the Irish Teagan, but it also can be used for both genders.

Celebrity with the name Teagan

What Moms are Saying about the Baby Name Teagan