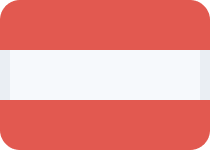 Vienna is a Baby Girl Name

Find out the meaning behind the name Vienna.

The name Vienna is a girl's name of Latin origin. Vienna is one of the more popular of the European place-names, with a particularly pleasant sound, evoking elegant images of the Blue Danube, of castles and cafes, sweets and sausages and Strauss waltzes—and Sigmund Freud. It could be a possible substitute for the popular Sienna. While many see place-names as a recent invention, Vienna has been used as a name for centuries. It was, for instance, the name of a 15th century mother of a saint. Joan Crawford plays a strong-willed saloon keeper in the classic 1954 western drama Johnny Guitar. And there was also a Vienna in the F. Scott Fitzgerald story "The Bowl." Trivia tidbit: Vienna's Roman-era name was Vindobono.

Celebrity with the name Vienna

What Moms are Saying about the Baby Name Vienna