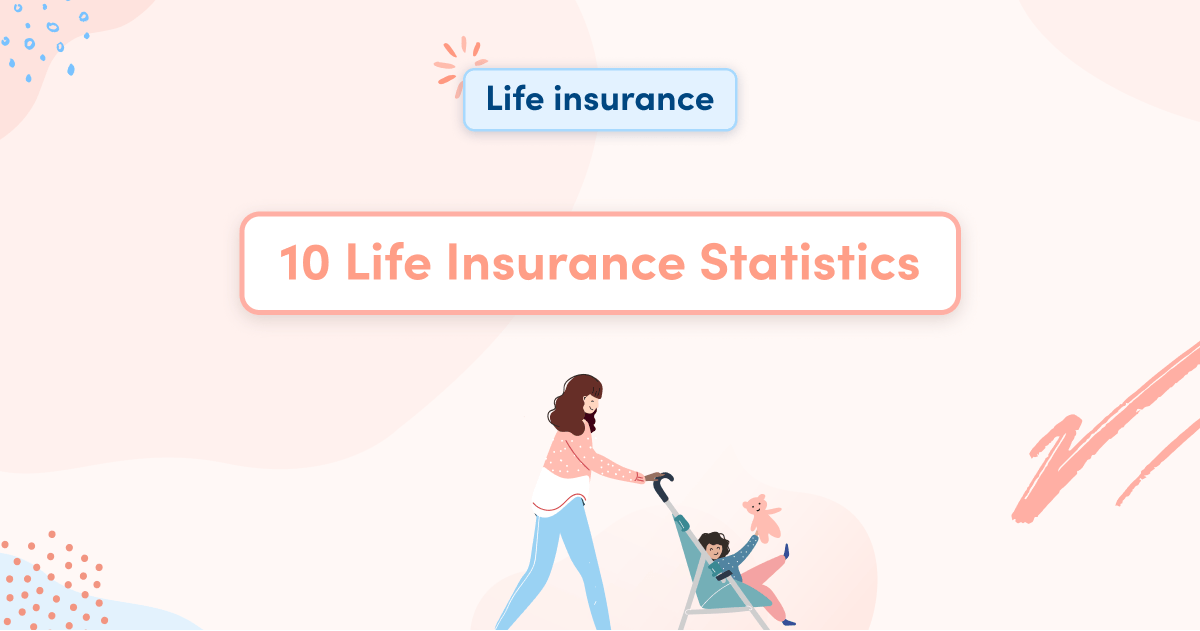 We will be sharing some life insurance statistics that will give you an idea of where the matter stands as of 2019 after performing a deep survey among the Canadians.

Life insurance is one of the most discussed and debated subjects in the business world. Having a protection plan for yourself and your loved ones is a widely accepted reality, and insurance is the solution that keeps things under control for both individuals and companies. However, despite the level of importance shown for having life insurance, the state of affairs in Canada regarding life insurance will surprise you. There is a huge population that is not properly aware or educated, even when it comes to life insurance. We will be sharing some life insurance statistics that will give you an idea of where the matter stands as of 2019 after performing a deep survey among the Canadian populace.

Who is leading the market?

As far as the life insurance landscape is concerned, Canada is home to a lot of companies offering their services and some key statistics in that regard. Currently, the total assets in possession of Canadian insurance companies are USD 750.5 Billion. As far as total assets are concerned, the current market leader is Manulife Financial. However, in terms of the amount of direct premiums written by the company, the lead is currently in the lap of Intact Group.

There is a major shift in insurance companies towards the adaptation of technological solutions to enhance the service quality being offered to customers. A lot of investment has been made in the last few years in AI and robotics and analytics. A 2017 EY report on the Canadian life insurance market identified InsurTechs as a major tech developer with massive funding of USD 4.6 billion! That number has surely grown a lot more by now, and it will continue to grow as technological solutions take over conventional methods in every industry.

The impact that this will have on employment, professional talent in the insurance industry and the questions being raised on how their skills will be utilized in the future are a key concern at the moment.

How uninsured is Canada?

The first point of concern is seen in the current number of people with family members dependent on them who do not have any life insurance. That number stands at a surprising 16% of people not having any coverage. However, as we take a further look, we found out that of all the respondents, a massive 33% only have coverage that is provided by the company/group they are employed by. It is a known fact that employer-sponsored life insurance is not only minimal but also that it usually ends as soon as the employee leaves the company, either at retirement or by resigning their post.

This puts out a very clear picture that personal preference for getting life insurance is not big on the minds of people who even have it currently. However, the figure that truly takes the cake here is the fact that as a total, there are presently 49% Canadians who have never taken the step to buy a life insurance policy for themselves!

Technically speaking, we would call a person to be under-insured if their insurance package did not provide a sufficient payout to them at the time of maturity. As it happens, Canadians are highly affected by this problem. So much so that the results generated from the survey were quite astounding! More than half of the respondents, 54% to be precise, had plans that were only capable of providing a benefit equivalent to salaries of two years or less! Even the number of people who had up to five years of coverage in terms of benefits worth was a meagre 22% only!

The minimum recommended coverage is seven years' worth of salaries, and as it happens, the number of people qualifying that criteria are a mere 9% of the survey population! This shows that 91% of Canadians are radically under-insured.

When it comes to reviewing the package that a Canadian is paying for to the insurance company, be it directly or through an employer, the amount of shortfall that is associated with it is astounding. A closer look at actual numbers revealed an average shortfall amount of more than 250,000 dollars! A big reason for this is the fact that a large number of people do not even bother to check their insurance packages for long periods of time after signing up. A lot of people do not even think about the value of their insurance until the question is put in front of them! The lack of care is so high that the number of respondents who met the recommended review timeline (once a year) was just 22%.

While 28% of the respondents said they review it after two to three years, a massive 36% admitted to not having checked their life insurance coverage even once! With nearly 80% of the population not even reviewing their insurance plans, such a massive shortfall is quite understandable and worrying.

This is a very clear reminder of the fact that Canadians have a significant lack of education regarding life insurance policies. We are hoping that these 10 interesting life insurance facts will help expand both the knowledge and understanding towards buying it.

Why not get life insurance?

Exploring this question led to some exciting discoveries, the kind where you start to see how deep the misconceptions run about life insurance. When asked why respondents did not buy life insurance, nearly half (49%) of the participants responded by saying life insurance is expensive. The truth is far from it, and the lack of education in this regard really needs some spreading to let people know they can afford it. The second highest percentage was 29%, which belongs to procrastinators. These life insurance statistics are followed directly by people saying they need life insurance (21%) with another 20% saying that they find it to be complicated.

One statistic that requires genuine attention is the fact that 10% of the respondents declared that they did not get life insurance because they are unable to find an advisor who they can trust to get them the best possible deal.

One statistic that actually managed to stay non-surprising is the fact that when asked about how they want to buy life insurance, 60% wanted to make their own comparison online and then buy with the support of a contractor. 29% of the respondents are still preferring the old method of taking time out to meet the broker in person. The most surprising statistic of all is the fact that 11% of the respondents are actually preferring to do the whole registration process online without having to do any manual or face to face steps. Companies such as Emma life insurance provide such hassle-free experiences to the client and new families, allowing for hassle-free registration for your desire

We did mention this before, and here the actual statistics on this topic are added too. It is quite clear that out of the 10 interesting life insurance facts being shared here, the most important is the level of coverage in terms of salary. The highest number of people (31%) were those who had a figure between half a year to two years. Only 14% of the people were falling within the 5-10 years category, and the lowest number belonged to the people with more than 10 years' worth of coverage at just 9% of the total participants. Even the figure for people with no interest whatsoever is higher and sitting at 14%!

These 10 interesting life insurance facts show a huge margin of improvement in terms of information spread and education of the masses about insurance. With the market itself changing so rapidly in recent years, how Canadian citizens will react after seeing the technological takeover in every function is raising eyebrows everywhere, and the changing dynamics will definitely help affect the life insurance statistics for the better.

Clever Tips for When Your Family gets a +1

7 ways to teach your kids about money

Not sure how much life insurance you need to protect your family?